How to Breathe Forever

How to Breathe Forever underlines the importance and interconnectedness of air, animals, land, plants and water. The belief that everything in the universe has a place and deserves equal respect is the core of this exhibition and positions our relations with others  ̶  including the ‘natural’ world  ̶  as active and reciprocal. The exhibition invites you to consider an expanded personhood that attentively collaborates and exchanges with living things. The exhibition brochure is available online here. 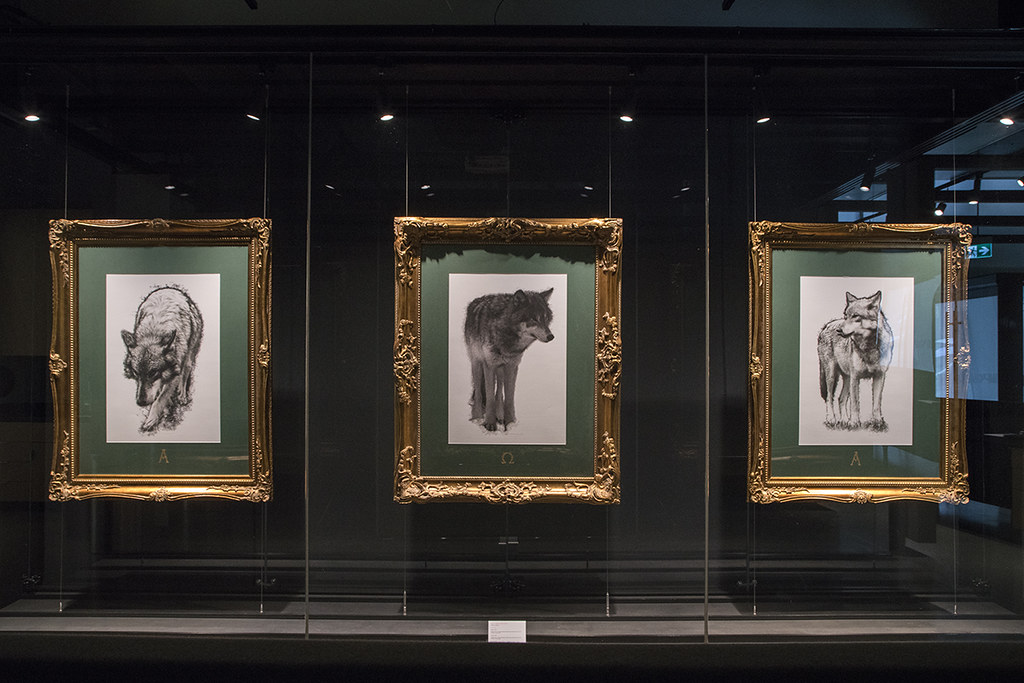 Mary Anne Barkhouse (Minden, Ontario)
Mary Anne Barkhouse was born in Vancouver, BC but has strong ties to both coasts, as her mother is from the Nimpkish band, Kwakiutl First Nation of Alert Bay, BC and her father is of German and British descent, from Nova Scotia. As a result of her personal and family experience with land and water stewardship, Barkhouse’s work examines ecological concerns and intersections of culture through the use of animal imagery. Inspired by issues surrounding empire and survival, Barkhouse creates installations that evoke consideration of the self as a response to history and environment. She currently resides in the Haliburton Highlands of Ontario.

Maryanne Casasanta (Toronto, Ontario)
Maryanne Casasanta is an artist educator working in photography, video and performance. Central to her practice is the relationship between art and home, and art and life. Often documented through photos or video, performances of light gestures and subtle interventions propose ways of transforming a routine experience, promoting an active immersion—and reconsideration of—small, ordinary events. Maryanne observes other areas of research such as, process-based learning and art making, co-creation, and movement, which she explores by working alongside artists across a number of fields. She has exhibited widely and her projects have been supported by the Ontario Arts Council and Toronto Arts Council. Maryanne earned a BFA from OCAD University (Integrated Media, 2005) and holds an MFA from the University of Guelph (2014). She is currently a Master of Education candidate in the Curriculum, Teaching and Learning program at the University of Toronto.

DaveandJenn (Calgary, Alberta)
DaveandJenn (David Foy and Jennifer Saleik) have collaborated since 2004. Foy was born in Edmonton, Alberta in 1982; Saleik in Velbert, Germany, in 1983. They graduated with distinction from the Alberta College of Art + Design in 2006, making their first appearance as DaveandJenn in the graduating exhibition. Experimenting with form and materials is an important aspect of their work, which includes painting, sculpture, installation, animation and digital video. Over the years, they have developed a method of painting dense, rich worlds in between multiple layers of resin, slowly building up their final image in a manner that is reminiscent of celluloid animation, collage and Victorian shadow boxes. They have been shortlisted for RBC’s Canadian Painting Competition (2006, 2009), awarded the Lieutenant Governor of Alberta’s Biennial Emerging Artist Award (2010) and longlisted for the Sobey Art Award (2011). Their work can be found in both private and public collections throughout North America, including the Royal Bank of Canada, the Alberta Foundation for the Arts, the Calgary Municipal Collection and the Art Gallery of Hamilton.

Li Xinmo (Beijing, Hebei)
Li Xinmo received her master’s degree from Tianjin Academy of Fine Arts in 2008 and is based in Beijing, China.  Xinmo works in a variety of media, including performance, painting, video, photography and installation. Her works have been exhibited in the Toronto Photo Biennial (Canada), Prague Art Biennial (Czech Republic), National Museums of World Culture (Sweden) and Female Museum (Germany) along with many other art museums and galleries in France, Italy, the US, Canada and Columbia.

Qavavau Manumie (Cape Dorset/ ᑭᙵᐃᑦ, Nunavut)
Qavavau Manumie is known for his intricate compositions in ink and coloured pencil, as well as his printmaking. His thematic concerns include depictions of Inuit legends and mythology, Arctic wildlife and illustrations of some of the more contemporary aspects of Inuit life. He is a master printmaker with the West Baffin Eskimo Cooperative specializing in lithography and stonecut. He enjoys the opportunity to demonstrate printmaking techniques to young artists and visitors to the studio. His work has been included in most Cape Dorset Print Collections from the mid-1990s onward. He travelled to Toronto in June of 2008 for his first solo exhibition of original drawings, and in 2009 to Vancouver for another exhibition featuring his contemporary work. He was invited to attend an opening of his work in Victoria in the fall of 2012. The artist lives with his wife and son in Cape Dorset.

Rouzbeh Akhbari is an artist working in video installation and film. His practice is research-driven and usually exists at the intersections of political economy, critical architecture, and planning. Through a delicate examination of the violences and intimacies that occur at the boundaries of lived experience and constructed histories, Akhbari uncovers the minutiae of power that organize and regiment the world around us.

Felix Kalmenson is an artist whose practice navigates installation, video and performance. Kalmenson’s work variably narrates the liminal space of a researcher’s and artist’s encounter with landscape and archive. By bearing witness to everyday life, and hardening the more fragile vestiges of private and collective histories through their work, Kalmenson gives themselves away to the cadence of a poem, always in flux.

Naufus Ramirez-Figueroa (Guatemala City, Guatemala)
Naufus Ramírez-Figueroa was born in Guatemala City in 1978. He received a BFA in Media Arts from Emily Carr Institute of Art and Design, Vancouver in 2006, and an MFA from the School of the Art Institute of Chicago in 2008. He was also a postgraduate researcher at Jan Van Eyck Academie, Maastricht, the Netherlands in 2013. Working in drawing, performance, sculpture, and video, Ramírez-Figueroa explores the entanglement of history and form through the lens of his own displacement during and following Guatemala’s civil war of 1960–96. He has had solo exhibitions at Casa de América, Madrid (2011); Akademie Schloss Solitude, Stuttgart (2011); Gasworks, London (2015); and CAPC musée d'art contemporain, Bordeaux (2017), and The New Museum, New York (2018). He has participated in the following group exhibitions: A History of Interventions, Tate Modern, London; Gwangju Biennial, South Korea (both in 2014); Lyon Biennial; The School of Nature and Principle, EFA Project Space, New York (both in 2015); São Paulo Biennial; and the Venice Biennale (2017). Ramírez-Figueroa lives and works in Berlin and Guatemala City.

Ningiukulu Teevee (Cape Dorset/ ᑭᙵᐃᑦ, Nunavut)
Born in Cape Dorset in 1963, Ningiukulu Teevee has become one of Kinngait Studios’ most celebrated artists and has established a reputation as one of the Canadian art world’s major figures. Ningiukulu is self-taught and works primarily with coloured pencils and ink. Her images are derived primarily from her comprehensive knowledge of Inuit folklore, which she combines with often humorous images of westernized contemporary life in Nunavut. Ningiukulu Teevee’s graphic drawings explore the relationship between abstraction and representation, particularly the interplay of patterns found in nature. Her work takes inspiration from traditional stories, as well as the changes she sees around her in contemporary Cape Dorset. She was shortlisted for a Governor General's award for her book Alego in 2009. Her drawings are found in many major collections including the McMichael Collection of Canadian Art, National Gallery of Canada, Art Gallery of Ontario, Winnipeg Art Gallery and others.

Flora Weistche (Waskaganish, Quebec)
After witnessing the devastating decline of woodland Caribou, the year Flora Weistche was born, her father decided to stop harvesting this relative. This decision would mark ways in which she would come to know interrelatedness throughout her life. Of Cree heritage, Flora Weistche grew up on and with the Land of Waskaganish. Her family’s last harvested Caribou hide inspired the rebirth of Weistche’s beading practice—one she had begun at the young age of three and yet laid to rest for some twenty years. She was moved to threading glass coloured beads, to share the messages gifted to her through dreams by her late Uuhkim Helen. By way of beading, Flora Weistche braids relations crossing generations reaching toward plant, animal and human relatives alike. Currently, while finalizing her studies in Human Environment, Weistche lives and works in Tiohtiá:ke / Montréal.

Support
How to Breathe Forever is supported by the Canada Council for the Arts, the Ontario Arts Council and Nexus Investments.

Onsite Gallery is the flagship professional gallery of OCAD U and an experimental curatorial platform for art, design and new media. Visit our website for upcoming public events. The gallery is located at 199 Richmond St. W, Toronto, ON, M5V 0H4. Telephone: 416-977-6000, ext. 265. Opening hours are: Wednesdays from noon to 8 p.m.; Thursdays and Fridays from noon to 7 p.m.; Saturdays and Sundays from noon to 5 p.m. Free admission.

How to Breathe Forever 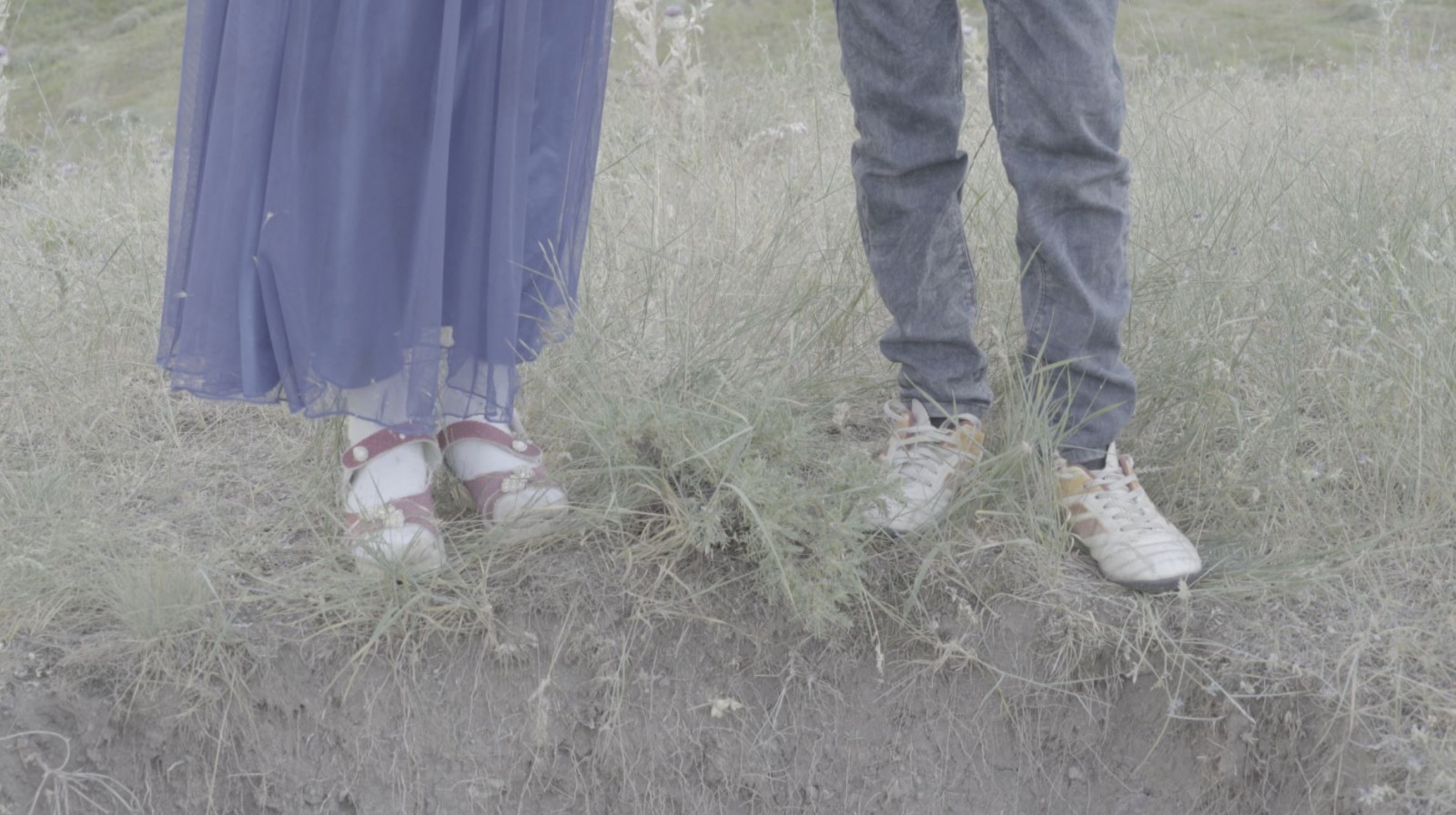 Please be advised that OCAD U hosted events may be documented through photographs and video. These images may be used by the University for promotional, advertising, and educational purposes. By participating in our events, both on campus and off-site, you consent to allowing OCAD University to document and use your image and likeness. However, if you do not want us to use a photo or video of you or your child, please don’t hesitate to let us know when you arrive at the event. You’re also welcome to get in touch with OCAD University’s Marketing & Communications office: communications@ocadu.ca.

Be mindful of those in our community who have scent sensitivities; please help OCAD U maintain a healthy, scent-free campus.

Please be advised that OCAD U hosted events may be documented through photographs and video. These images may be used by the University for promotional, advertising, and educational purposes. By participating in our events, both on campus and off-site, you consent to allowing OCAD University to document and use your image and likeness. However, if you do not want us to use a photo or video of you or your child, please don’t hesitate to let us know when you arrive at the event. You’re also welcome to get in touch with OCAD University’s Marketing & Communications office: communications@ocadu.ca.

Be mindful of those in our community who have scent sensitivities; please help OCAD U maintain a healthy, scent-free campus.